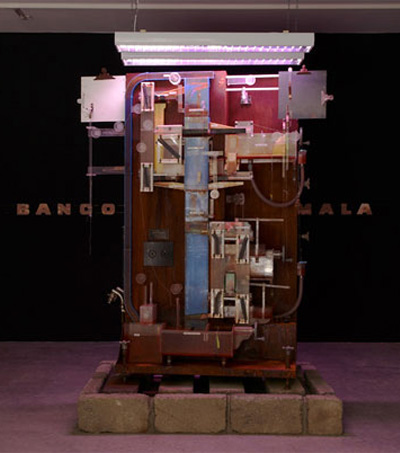 A hydro-mechanical computer that models world economic flows, invented in 1949 by New Zealander Bill Phillips, is the inspiration for artist Michael Stevenson’s installation at Long Island City’s SculptureCenter in… 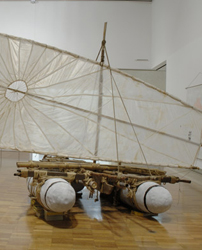 Inglewood-born artist Michael Stevenson is exhibiting at Sydney’s Museum of Contemporary Art through June 19. Stevenson, who is based in Berlin, has been described as an ‘anthropologist of the avant-garde’. This exhibition is the…

Contemporary artist Michael Stevenson is representing NZ at the 50th Venice Biennale 2003 – the oldest and most prestigious art event in the world. Described by the NZ Selection Committee as “a passionate archivist of our culture,”…

NZ’s representative at the Venice Biennale – Michael Stevenson – praised in Time Pacific for his “finely calibrated sense of irony.” Stevenson’s main installation – ‘This is the Trekka’ – places NZ’s Cold War…