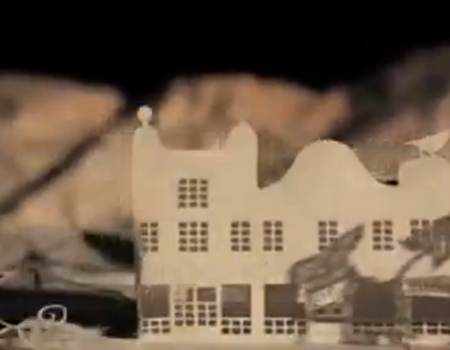 This short film from the New Zealand Book Council features an excerpt from Maurice Gee’s novel Going West. The film was awarded an international prize for paper cut animation…

The New Zealand Book Council is running an advertisement in cinemas throughout the country with a simple message: “Go home, and read a book.” The ad, which rolls after the film credits, was created…

Colenso BBDO are behind a stop-motion animated film developed for the New Zealand Book Council called Going West, which was created by UK design team Andersen M Studio and launched on YouTube in…

No thanks to Sir

Actor Sam Neill has turned down a knighthood saying the title was “just far too grand”. His views were echoed by other well-known New Zealanders, including Maori activist and author Ranginui Walker, who said…

The world hears our stories

In My Father’s Den opened this year’s Sydney Film Festival – the first time a NZ feature has done so in the event’s 50-year history. Directed by Brad McGann, the film is based…

The allure of the artistic life, “the journey towards the light” is the central concern of Maurice Gee’s “thoughtful” new novel Ellie and the Shadow Man, reviewed by Nicola Walker.