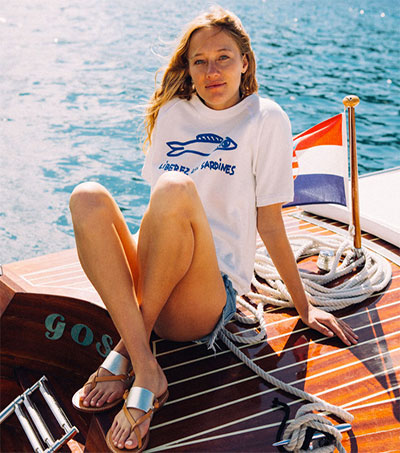 Model and It-girl Auckland-born Zippora Seven, 25, talks to Harper’s Bazaar about her recent four-day trip to one of Europe’s hidden gems, Dubrovnik in Croatia.

Travelling with boyfriend, filmmaker Terence Connors and some friends, Seven says she chose Croatia because her mother’s best friend in New Zealand originates from there.

“They’re such wonderful people and they always reminisced about the beauty of their country, which made me always dream about getting there someday,” Seven says.

“We spent days lounging on the beautiful historic clifftop of [our hotel] Villa Agave with views of Lokrum Island and the iconic red roofs of the old town of Dubrovnik. Our [accommodation] was built around a tiny 16th-century chapel that now is one of the rooms of the villa. A rock staircase carved through the cliff that tunnelled to the Adriatic below gave us a perfect escape from the warm summer sun to a great swimming spot below. We spent many hours just exploring and daydreaming at Villa Orsula – Game of Thrones has shot many scenes there too.”

Seven says her favourite daytrip was a boat trip to the Elaphite Islands where there were dolphins.

“The [highlight of Dubrovnik was the] overwhelming feeling that we live on such an incredibly beautiful planet, seeing the expanse of the land there and the cliffs jetting out of the cobalt blue sea with bright green trees growing up them. The entire time it felt like we were truly in a magical place.”

Seven has featured in campaigns for DKNY, Urban Outfitters and Chloe, among others.