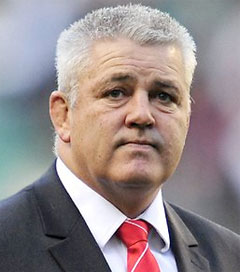 Words of Praise for Lions Coach

World Cup-winning former All Blacks skipper Graham Henry believes New Zealander Warren Gatland, 49, is the perfect choice as Lions coach. “Warren is an outstanding coach with a wealth of experience,’ says Henry, who, since retiring from after his 2011 success, has worked with Argentina and the Blues, mentored coaches and founded a coaching website, therugbysite.com. “[Gatland] has led Wales to a couple of grand slams and they retained the Six Nations this year: I know he was not around, but it was his set-up. He had a successful spell with Ireland previously and he understands what the Lions are all about. He is exactly the right man for the job.” The British and Irish Lions is a rugby union team chosen from players from the national sides of England, Ireland, Scotland and Wales. The Lions tour Australia in June.