NZEDGE  >  News  >  Society  >  Waiheke Commute One of the More Unusual 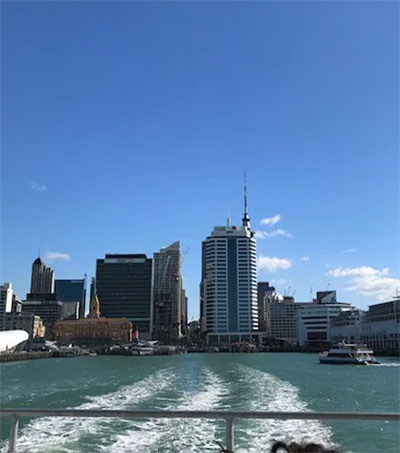 Waiheke Commute One of the More Unusual

Whether it’s skiing, snowboarding or skating, Guardian readers from around the world, who opt to take an alternative route to work, share their stories, including Aucklander James Scroggins who commutes daily from Waiheke Island to an 18-storey office block in Auckland city centre.

“In winter, everyone hunkers down because the crossings can be cold and bumpy,” Scroggins says.

“Now it’s summer, it’s great to sit outside for the 35-minute crossing. Occasionally you’ll see dolphins and orca. The seabirds, such as shearwaters and gannets are pretty cool too.”

Although sea fog and storms can cause problems, Scoggins says he’s left with little choice.

“If you live on Waiheke and want to get off the island, you need to take the ferry,” he says.