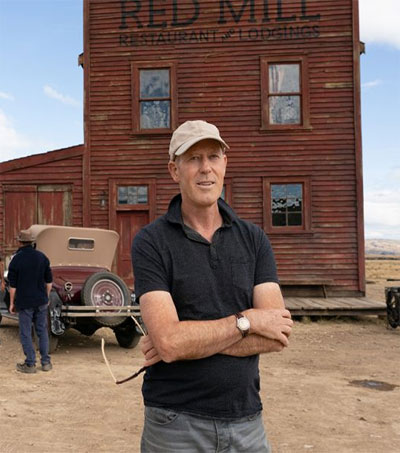 In ‘The Portfolio’, Vanity Fair’s ‘Awards Insider’ columnist speaks with some of this year’s most notable Oscar nominees about their entire body of nominated work. Here, The Power of the Dog production designer New Zealander Grant Major revisits his five nominations, beginning with his big, Oscar-winning break on Lord of the Rings. David Cranfield reports.

“Think of an Oscar contender shot in New Zealand, and Major probably built it,” Cranfield writes.

“He’s received his fifth nomination for his work on [The Power of the Dog] one of the bigger surprises among its impressive haul of 12 nods.

“In going over his Oscar-nominated work, Major takes Vanity Fair through an evolving film industry – one that keeps coming back to the stunning landscapes of New Zealand.”

Tags: Grant Major  The Power of the Dog  Vanity Fair