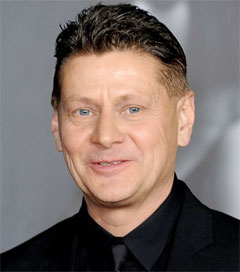 New Zealand director Andrew Niccol’s latest science-fiction film, an adaptation of Twilight author Stephenie Meyer’s book The Host, has premiered in Los Angeles. Meyer specifically asked for Niccol to direct the film. On the red carpet, Niccol, 48, said he “naively tried to forget about the expectations” associated with the author’s work. “Because if I did start to think about it I probably wouldn’t do it, because there are so many fans who love the book.” Variety reviewer Scott Foundas described the film as “extravagantly silly but undeniably entertaining sci-fi soap opera.” “Niccol remains a proficient technician, and The Host is never less than a muscular exercise in style,” Foundas said. The Host stars Diane Kruger and Saoirse Ronan.