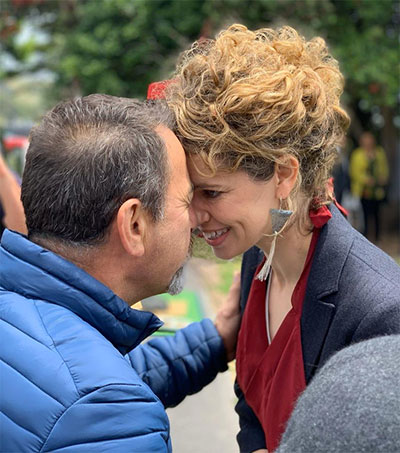 In an opinion piece for The Guardian, Laura Clarke, the British high commissioner to New Zealand, writes about why the UK wants to strengthen its relationship with Māori.

“The connections between the UK and New Zealand are such that we feel instantly at home in each other’s countries, sipping a flat white or an English Breakfast tea. We have a similar sense of humour, a similar sense of adventure, similar tastes,” Clarke writes for the newspaper. “There is so much that feels familiar. But perhaps the greatest joy of my first two years as British high commissioner to New Zealand has been getting to know that which is less familiar: learning about and building connections with te ao Māori whānui – the wider Māori community.

“When I expressed regret, on behalf of the British government, for the killing of nine Māori by Captain Cook’s crew 250 years ago, it was met with a wide range of responses. The response that mattered most was that of the local Tūranga iwi and hapū, the descendants of those killed, who responded with tears, warmth and friendship. I also received a large number of positive messages from across New Zealand society.

“But for some the expression of regret didn’t go far enough in addressing the wrongs of the past. And some at the other end of the spectrum felt that I was interfering in New Zealand’s affairs – with one person even calling for me to leave the country.

“But the focus on me as an individual missed the fact that the expression of regret was part of a wider UK approach. And while I am deeply invested, personally, in this agenda, it is not just me as high commissioner, it is the UK writ-large – government, people, business, cultural institutions – who want the closest possible relationship with Aotearoa New Zealand. That means with both Pākeha and Māori, with the Crown and with all the Iwi of Aotearoa. And that is a commitment that will extend way beyond my tenure here in New Zealand.

“Our work to address the past is part of the UK’s broader efforts to build a real and enduring partnership with Māori, and strengthen our business, cultural and people-to-people links. We have established a formal relationship with the Federation of Māori Authorities, co-hosted an Auckland Māori Business Networking event with Ernst and Young Tahi, and are mapping out what more we can do, now and in the future, to increase trade connections between the UK and Māori.

“Whatever we may think of those first encounters 250 years ago, the ties that are left are strong: between the UK and Aotearoa New Zealand, and between the UK and Māori. We cannot change the past, but we can learn from it and, equipped with that knowledge, begin to chart a way forward. I am under no illusions as to how much we have to do: we are at the start of this journey. But what I hope is clear is the genuine intent of the UK, its government and people, to build an enduring partnership with iwi and hāpu Māori, and with all the people of Aotearoa. For we are only ever as strong as the relationships we build.