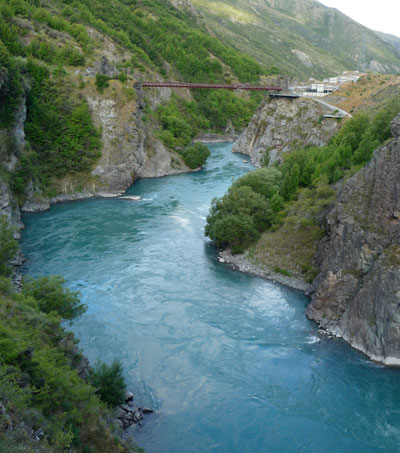 “As World Hobbit Day makes us wistful for Middle Earth’s colossal mountain ranges, mythical forests and untamed rivers, we look to the epic landscapes that stole the show in the Hobbit and Lord of the Rings movies, and put New Zealand on everyone’s wish list,” writes Hazel Plush for The Telegraph.

“The eerie pillars of Putangirua were reincarnated as the “Path of the Dead” in Return of the King,” writes Plush.

While the Tongariro National Park stole some of the biggest scenes in Lord of the Rings, most will know Mount Ngauruhoe as Mount Doom.

Peter Jackson built an entire village of Hobbit proportions on a farm in Matamata. “In 2011, a more permanent version of the set was created for The Hobbit: An Unexpected Journey – and it has since been transformed into a fun visitor centre, where you can have a drink in the Green Dragon and visit Bag End.”

The 1.2 million hectare Fiordland National Park with its mountains, rainforest, lakes and fiords doubled as the mythical Fangorn Forest in The Two Towers.

In the first LOTR film the Fellowship paddles down Kawarau Gorge, known as Anduin River, where they are greeted by two towering statues.