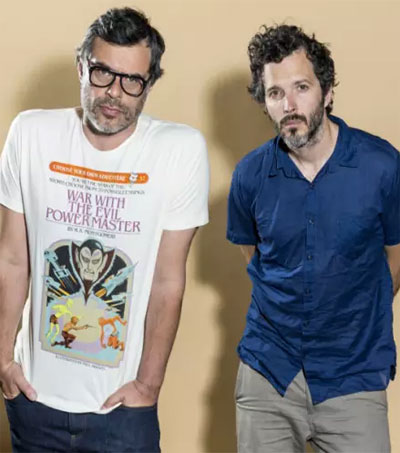 Flight of the Conchords and Rose Matafeo are two “uproarious” comedy acts Guardian readers are recommended to buy tickets for this year, included alongside the world’s biggest standup Chris Rock and fellow American Maria Bamford.

“When Flight of the Conchords released tickets to this first UK tour in eight years, they sold out in minutes. It still seems incongruous, but this kooky New Zealand musical comedy double act really are in the Peter Kay/Michael McIntyre big league. Bret and Jemaine are also more than funny enough to make arenas their own. The thought of seeing hits like Business Time, The Humans Are Dead and Bowie’s in Space played live is sending fans giddy with delight; their UK return already looks like the show of the spring,” Brian Logan writes for the publication.

“[Matafeo’s] first show, Finally Dead, one of 2016’s most eye-catching debuts, took a lot of living up to. Its successor, Sassy Best Friend, was a delight: an hour of goofy, whip-smart and deceptively feminist standup about the personalities available to young women. It transfers to London in the New Year and will confirm the rocketing reputation of this 25-year-old New Zealander, a TV star back home now making an increasingly persuasive bid for stardom in the UK.”

Flight of the Conchords are live at Portsmouth Guildhall 5-7 March before touring throughout the UK.