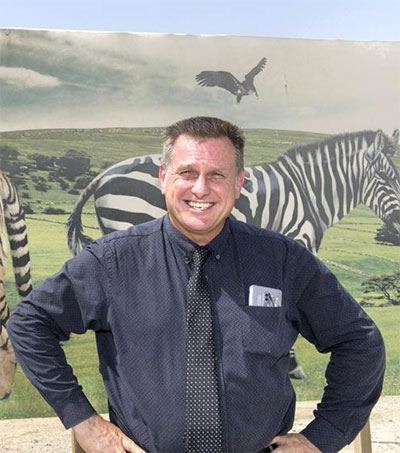 New Zealander Timothy Husband should have been enjoying retirement at his cattle farm near the Blue Mountains of Australia, but he couldn’t resist the lure of helping captive wild animals at Dubai’s new safari park, which is due to open in November.

The animals at the closing Dubai Zoo had an uncertain future and, as an expert on exotic animals and as a trouble-shooter for failing zoos around the world, he knew he could assist in the setting up of Dubai Safari.

Husband’s expertise in turning round poorly run wildlife parks was viewed as a key asset when he was approached by UAE authorities to take on the project.

Husband, who studied a degree in zoology at Sydney University, has worked in zoos and safari parks in Canberra, Cairns, Bali and elsewhere in Indonesia before moving to the UAE.

“I’ve been doing this for 40 years,” Husband said. “A lot of these animals, you can’t put back into the wild. I don’t get upset about animal rights groups; it is their job to get zoos closed down.

“Some say they would be better off if they were shot but that’s not the case when they can move to a modern facility like Dubai Safari.”

Husband has held posts such as zookeeper, curator of a zoo, consultant and director of wildlife parks.

He owns a cattle farm three hours south of Sydney, near the Blue Mountains, but his efforts to edge Dubai Safari closer to an opening date has meant he has spent little time there in the past two years.

Dubai Safari will not only offer sanctuary for rescued animals, like elephants saved from logging and industrial operations around the world, but also a breeding programme to help preserve their future in the region.

Husband aims to stay on until 2020 but will train up a local expert to leave the safari park in good hands. He plans to return every few months.