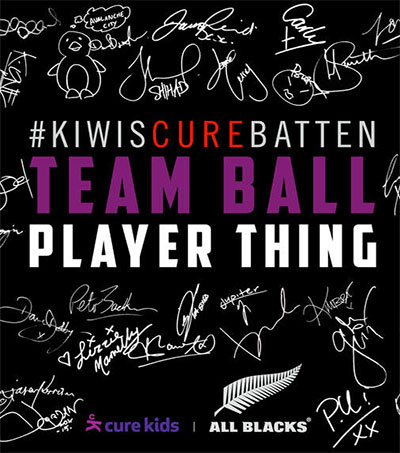 We’re All Thinking Number One

Just about every famous New Zealander, including Lorde, the Flight of the Conchords, Kimbra and Shihad’s Jon Toogood, have packed into Neil Finn’s studio to record Team Ball Player Thing, a fundraising effort for children’s health research charity Cure Kids.

With Cure Kids the All Blacks’ official charity, the team hopes the song will be adopted by supporters during their 2015 Rugby World Cup campaign. All profits will be put towards finding a cure for Battens disease, a fatal inherited neurodegenerative disorder.

Team Ball Player Thing is the follow-up to the Flight of the Conchords’ 2012 charity single Feel Inside (And Stuff Like That), a fundraiser for Cure Kids that entered the New Zealand singles chart at number one.

With the line, “we’re all thinking number one, not two”, this song is clearly aiming for the same. The lyrics are surreal, to say the least: “We have the magic if we try/ The time has come to fly/ On unicorns with laser beams shooting from their eyes.”