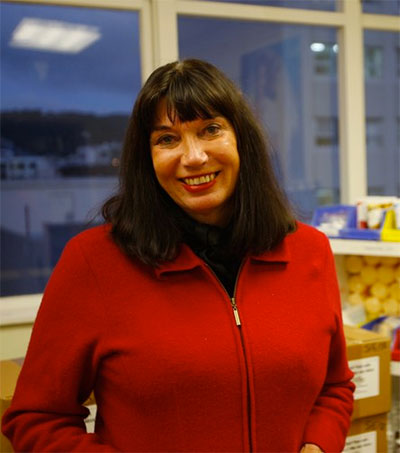 Catherine Healy, 62, a founder of the New Zealand Prostitutes Collective, was instrumental in helping this country become the first to decriminalise prostitution in 2003. After 30 years of activism, the queen recognised her as a Dame Companion of the New Zealand Order of Merit “for services to the rights of sex workers.” The Washington Post reports.

When Healy received the letter in the mail, she was astonished.

“I’m very touched,” Healy told the Post. “Looking at the different kinds of people who are put forward for these honours, in no way did I think I would ever be a recipient. I’m not sure what the queen would be thinking about this, but certainly it’s no secret that I have been a sex worker, and obviously my work is pushing for sex workers’ rights.”

Healy became a sex worker in the 1980s while employed as a teacher. She was initially looking to top off her income with an extra job as a receptionist at a massage parlour, but that ended up being a segue into sex work, she said.

She remembers the massage parlour was so afraid of blowing its cover that it even feared keeping condoms, in case police found them. She remembers when the police showed up posing as clients, only to arrest the women and take down everyone’s names. And she remembers how even if workers endured any form of sexual violence, they feared reporting it.

Healy said the illegality, the stigma and the lack of worker protections all became “profoundly irritating and upsetting,” launching her to fight for reforms in Parliament.

Her first major interaction with government was at the height of the HIV and AIDS epidemic. The government was seeking a partnership with the New Zealand Prostitutes Collective to promote protected sex. It was the first time, she said, that the government took any steps to legitimise the industry merely by recognising it and partnering with it through funding. But, she said, “we didn’t want to be condom vending machine.”

In 2003, the Prostitution Reform Act passed by a single vote.

In the five years after its passage, the Prostitution Law Review Committee evaluated the law’s effect and concluded that it “had a marked effect in safeguarding the right of sex workers to refuse particular clients and practices, chiefly by empowering sex workers through removing illegality of their work.”

Lisa Fitzgerald, a senior public health lecturer at the University of Queensland who also researched the law’s effect extensively, said that Healy played a pivotal role in persuading lawmakers, through evidence, to agree to the vast reforms.

“I’m so happy to hear she was made a dame,” Fitzgerald said. “Her whole life has been about rights of sex workers. It’s an example of how societies can change their understanding of social issues. The reality is the sex industry is just like any other. It needs human rights. It needs to work in partnerships with government. And the evidence shows it.”