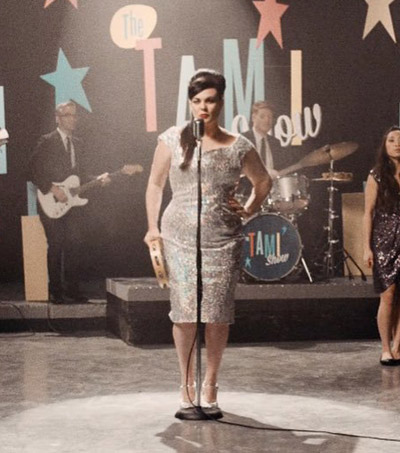 New Zealand-based “songstress Tami Neilson delivers a powerful blend of soul and sass on her sophomore LP, a combination that’s compelling enough to convince anyone who was heretofore unawares just how powerful her potential is within the realms of blues and soul,” writes Lee Zimmerman for glide Magazine.

“The echoes of Americana are evident throughout the album, most notably in spirited songs like “So Far Away” and the caress and croon that accompany “If Love Were Enough,” according to the article. “Yet, there’s also a decidedly soulful feel that’s equally as unmistakable.”

“Consequently, Don’t Be Afraid is as fearless an effort as the title would have us believe, one that suggests she has the sentiment and savvy necessary to make her mark on the world at large. For now anyway, she’s made it clear she’s one to be reckoned with.”