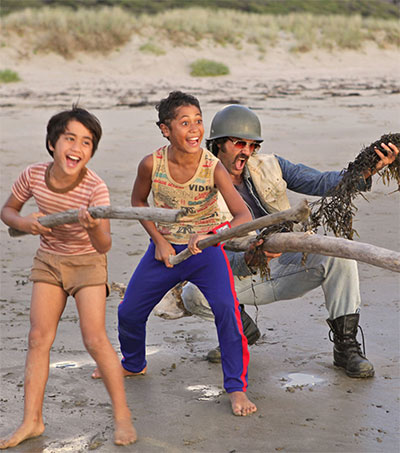 In a story published by Cambridge University student newspaper, Varsity, Emily Moss argues that we have “nothing to fear” from New Zealander Taika Waititi’s move into the mainstream, “as he seems intent on taking his dynamic, distinct style and commitment to Indigenous narratives with him wherever he goes”.

“The most significant achievement which has characterised Waititi’s career so far,” according to Moss, “is his focus on Indigenous experiences on screen.”

“His portrayals of the experiences of Māori has been a huge step in diversifying New Zealand’s predominantly white film industry, in which Waititi, 45, has now become the premier filmmaker.

“As the first Māori man to win an Academy Award and the director of the upcoming Thor: Love and Thunder, Waititi has moved into the mainstream.

“However, if Waititi’s future projects are anything to go by, he is still staying true to his dedication to tell as many Māori stories as possible; among his upcoming projects is a film adaption of the novel The Imaginary Lives of James Pōneke. The future looks busy for Waititi as he becomes one of Hollywood’s most in-demand filmmakers, but with his dynamic, distinct style and commitment to Indigenous narratives, his rise to filmmaker stardom can only be a good thing.”