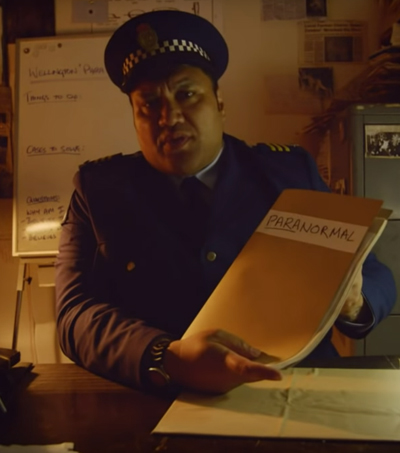 “Police officers try to solve New Zealand’s most absurd paranormal and supernatural cases in Waititi and Clement’s new comedy series  Wellington Paranormal,” which is the first of a handful of continuations of Taika Waititi and Jemaine Clement’s 2014 horror mockumentary What We Do in the Shadows. IndieWire reports.

“Wellington Paranormal follows a group of police officers investigating paranormal and supernatural cases.”  “Mike Minogue and Karen O’Leary are reprising their roles as the police officers from What We Do in the Shadows.

“In addition to Wellington Paranormal, Waititi and Clement are developing an American What We Do in the Shadows television series on FX, which will center around three vampires living in New York City,” reports the article.