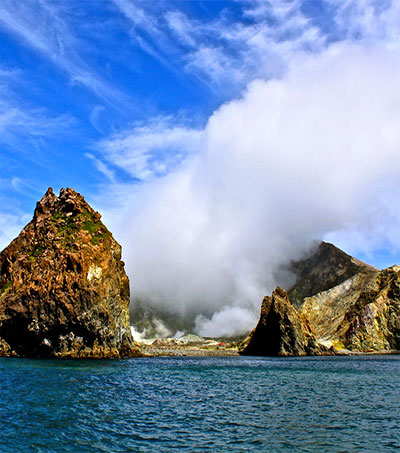 Scientists say they have discovered a magma buildup near the town of Matata that could signal the beginnings of a new volcano – although they’re not expecting an eruption any time soon.

Geophysicist Ian Hamling said that since 1950, enough magma to fill 80,000 Olympic-size swimming pools has squeezed up beneath the surface near the coastal town of Matata, about 200km south-east of Auckland. The discovery explains a spate of earthquakes between 2004 and 20011.

A paper published in the online journal Science Advances outlines the findings. Hamling, the paper’s lead author, said that while other parts of New Zealand have active volcanoes, there have been none near Matata for at least 400,000 years.

“It was quite a big surprise,” he said.

Using GPS data and satellite images, the scientists said they discovered an area of land about 400sqkm had risen by 40cm since 1950.

Hamling said the magma remained about 10km below the surface, deep enough that he didn’t expect a volcano to develop within his lifetime. He said a volcano could develop over hundreds or thousands of years, or the magma could eventually cool and harden.

Hamling said it was unusual worldwide to discover magma build-up in an area with no volcanoes. He said modern equipment allowed them to accurately measure tiny horizontal and vertical changes in the coastal land.