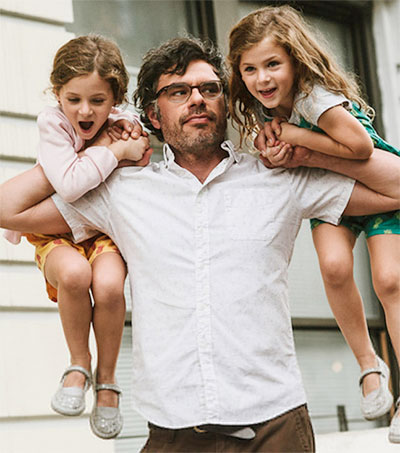 Jemaine Clement plays the lead role in indie romantic comedy People, Places, Things as penny-pinched New York graphic novelist Will Henry who is struggling upstream with life and the numerous females in his orbit, the Hollywood Reporter writes in a review of the film, competing at this year’s Sundance Festival.

“A superb, comically gifted cast helps writer-director Jim Strouse lift this quite a few cuts above his previous work as well as above the general run of films about modern life and relationships.

“The new film shows a very sure hand in blending comic and more serious elements, a task made immeasurably easier by New Zealander Clement (Flight of the Conchords), who’s pretty funny even when he’s trying to be dead serious.

“Clement’s Will cuts a highly unlikely figure for a would-be romantic lead in an American comedy; he’s got an odd accent, he dresses badly (but not comically so), his stubble is not of the fashionable kind, he’s kind of downbeat much of the time, he’s got big funny teeth and ever-present glasses, he may not take showers or wash his clothes regularly and he’s not cool in any readily identifiable way. And yet he’s extremely likeable for all his dominant human impulses and his humour.”

Clement is also appearing, this time opposite Sam Rockwell, in Don Verdean, from the creators of Napoleon Dynamite.

Clement, 41, is originally from Masterton.