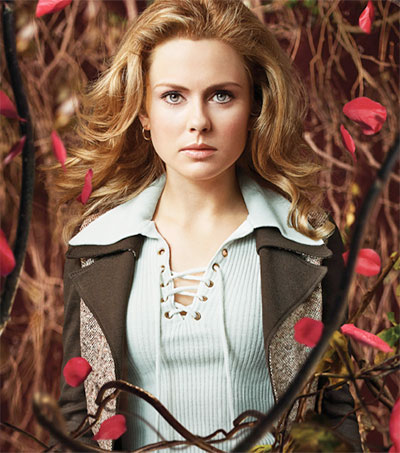 Star of Petals on the Wind Captivating

“This is plot- and not character-driven material, making it near impossible to get a handle on what kind of person Cathy is. But McIver manages to bring welcome nuance to a role that easily could’ve become a standard one-note soap opera heroine.

“Hitting the air a mere four months after Lifetime scored a ratings bull’s-eye with guilty pleasure literary adaptation Flowers in the Attic, sequel Petals on the Wind certainly looks and feels like a rush job, but nevertheless improves on its predecessor in nearly every way. Where Flowers was airless and po-faced, Petals is manic and sudsy, speeding through a treasure trove of sleazy plot twists like CliffsNotes on crack.”