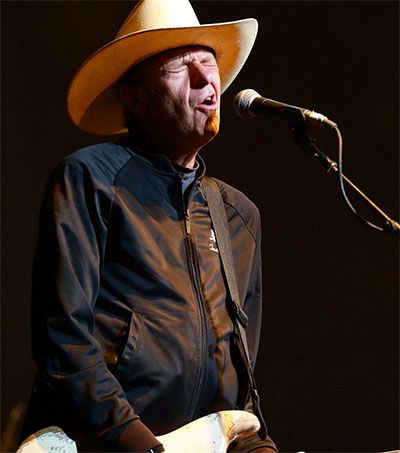 Guitarist, songwriter and storyteller, New Zealander Spencer P. Jones, who forged his name in Australia and overseas with rock ‘n’ roll bands The Johnnys and Beasts of Bourbon, has died. He was 62.

Born in Te Awamutu, Jones left New Zealand in the mid 1970s and played guitar in numerous bands, including Cuban Heels and North 2 Alaskans before joining The Johnnys, who released their debut album Highlights of a Dangerous Life in 1986.

By the late 1980s when The Johnnys broke up, Jones had turned his attention more fully to the “swamp rock” of Beasts of Bourbon, who by that stage were on the cusp of releasing their third album Black Milk. The band would release half-a-dozen albums over a tumultuous 35 years and carve out a reputation as one of the most ferocious live bands of theirs, or any other generation.

In between Beasts Of Bourbon albums The Low Road (1991) and Gone (1997), Jones released his first solo album Rumour of Death in 1994. He would follow it with another 10 albums over the next two decades and throughout his career worked with an enormous array of Australian musicians, including Paul Kelly, Warren Ellis, Rowland S. Howard, Renee Geyer and Gareth Liddiard.

When he wasn’t performing with a band, Jones would regularly play solo shows and regale audiences with stories in between his songs. He recorded, played alongside and inspired countless musicians over a long career and leaves behind a large body of work.

Five years ago, when Beasts of Bourbon came together for some shows, Jones told Fairfax Media he’d been particularly passionate about his old group for the “simple reason” it was “the sort of band I’d always wanted to be in.”

From Tucson, Arizona, Kid Congo Powers tweeted: “Will miss you lovely friend of the last 35 years. Grand guitarist and songwriter. Cherish the fact we had personal and stage time together this last year … and all those years.”