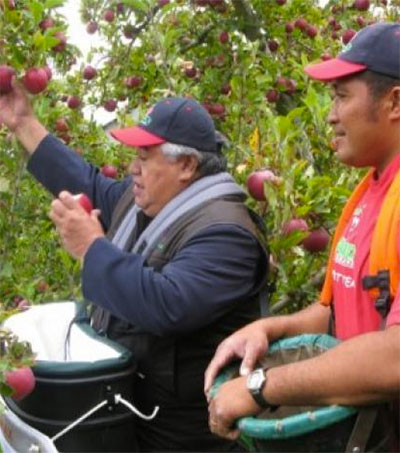 “Migration to pick fruit is probably not the first thing you think of when you think of the World Bank’s work, or the broader global effort to eliminate poverty after 2015,” global development expert Michael Clemens writes for the Huffington Post.

“It started in the South Pacific in 2006. Tonga is a poor country, with few good jobs and at least a third of the population in poverty. New Zealand is a rich producer of wine-grapes and other fruits, where farm labour is hard to find.

“World Bank economist Manjula Luthria and many colleagues helped the two countries strike a deal, together with other poor countries in the region: Tonga and others would provide the labour New Zealand needed, for jobs that were the opportunity of a lifetime for Tongan workers.

“It was a big blow against poverty. The average Tongan household that participated was earning just NZ$1400 per year before these jobs. The average worker who participated earned NZ$12,000 for just a few months of work. It multiplied low-income workers’ earnings by a factor of 10. Almost no other antipoverty project you’ve ever heard of can claim that. Imagine what that did to poverty.

“Well, you don’t need to imagine, because the World Bank rigorously evaluated the impact of the project on families in Tonga. It followed participating and non-participating households, from 2007 to 2010, and compared them. The project caused big increases in subjective and material well-being, durable assets, home improvement, financial access, and children’s schooling.

“The study’s conclusion: This project was ‘among the most effective development policies evaluated to date.’ And it did that not by taking money away from New Zealanders, but by adding value to the New Zealand economy.”