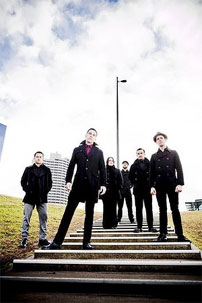 New Zealander Luke Yeoward, frontman of Melbourne-based band the King Cannons, talks to The Sydney Morning Herald about the inspiration for the group’s debut album, which was released in June. Drawing on his youth and his punk roots, Yeoward says without realising it, he formulated a theme for the album while writing the tunes. “It ended up being a lot of tunes about the past and about growing up and a lot of songs that are sort of my heart and life on my sleeve,” Yeoward says. In true King Cannons style, The Brightest Light offers a broad mix of genres and influences from 1920s and 1930s blues, soul and gospel, through to country and folk, as well as Yeoward’s punk-rock years. “It’s a big world out there full of music … depending on what you feel you’ve just got to listen to it.”