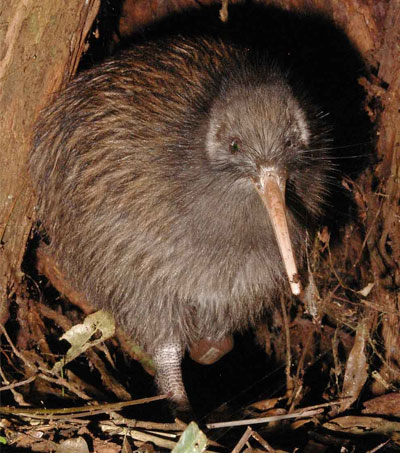 New Zealand’s Plan to Save The Kiwi

“Some 100,000 wild kiwi could be roaming New Zealand in less than 15 years, according to a new government plan,” reports the BBC. “The Kiwi Recovery Plan 2017-2027 by the Department of Conservation is an attempt to scale up efforts to save New Zealand’s national icon.”

“This government is not prepared to accept that our national bird is at any ongoing risk of potentially becoming extinct in their natural habitat,” said Conservation Minister Maggie Barry.

“This strategy focuses on growing the wild kiwi population, rather than steadying or managing decline”.

“If kiwi don’t have the predators managed, something like 5% of the chicks born every year make it to adulthood a year later,” said Forest and Bird campaigns and advocacy manager Kevin Hackwell.

“That can be almost reversed completely if you control the predators.”

There are only an estimated 68,000 kiwi remaining in the wild.