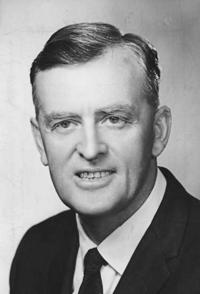 Dannevirke-born and controversial seven-times Premier of Queensland Sir Joh Bjelke-Petersen has died aged 94. The maverick politician was one of the most colourful but also divisive leaders in Australian political history. He was religiously, socially and politically conservative. Rock-solid in his convictions, he would steamroll opponents, barely consulted outside a small group of trusted supporters and dismissed questions from the media with his trademark: “Don’t you worry about that.” His hatred of unions and use of tough, often violent, policing methods to quell protests won strong support and made bitter enemies. He vigorously backed farmers and big business while attacking civil liberties, conservationists and greater land rights for Aborigines. Sir Joh was forced into early retirement after losing a leadership challenge and a few years later was charged with perjury over evidence he gave at the Fitzgerald corruption inquiry. But after a controversial trial the jury couldn’t reach a verdict. In recent years, he battled financial problems and failing health. 3,000 people attended his State funeral. (25)