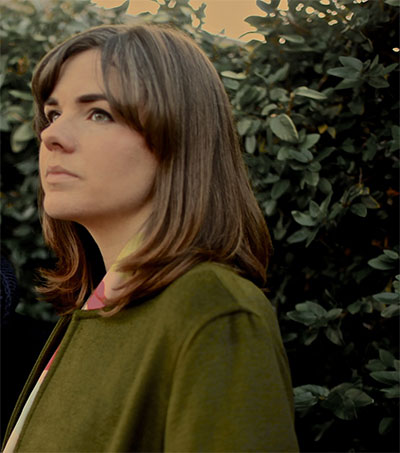 Since alternative-folk singer-songwriter Hollie Fullbrook’s debut as Tiny Ruins in 2010 with the Little Notes EP, the Aucklander has forged both an identifiable sound and a career built on faithful and growing followings in both hemispheres.

“At the moment music is my bread and butter, and I’m grateful to be able to do this full-time now,” Fullbrook says. “You have to be flexible as a band these days, so it’s hard to have that classic ‘we’re a band going on the road together’ attitude. Songwriters have to be open to how they tour: solo, duo, or as a band if financially viable.”

For a recent show at the Sydney Opera House, Fullbrook performed with her full five-piece live lineup, whereas the European dates that began in Norway were as a duo with Hamish Kilgour, a veteran of New Zealand’s alternative scene since his band The Clean were part of the Flying Nun label’s rise to international prominence in the late 1970s.

The duo have cut a joint EP, Hurtling Through, and Fullbrook is grateful both for Kilgour’s company on tour, where they share a hearty post-mortem dinner after every gig, and his connection to New Zealand’s musical heritage, which she has only began to fully appreciate over the last decade, having emigrated from England with her family at the age of 10.

The resulting music has earned Tiny Ruins some well-known admirers. Fellow New Zealand singer-songwriter Lorde recommended a Fullbrook demo titled Dream Wave to the legendary American film director and music producer David Lynch, who subsequently invited her to record the song in his Los Angeles studio for a just-released single that further increases her profile.

“David Lynch is like everything you hoped he would be. He’s extremely kind and funny and intelligent,” Fullbrook says. “I’ve been watching Twin Peaks since my late teens and my good friend Alistair and I once actually covered a song from the soundtrack called Just You that David co-wrote, so it was very surreal to be sitting in a room talking with him.”

Original article by Craig Mathieson, The Sydney Morning Herald, May 26, 2016.