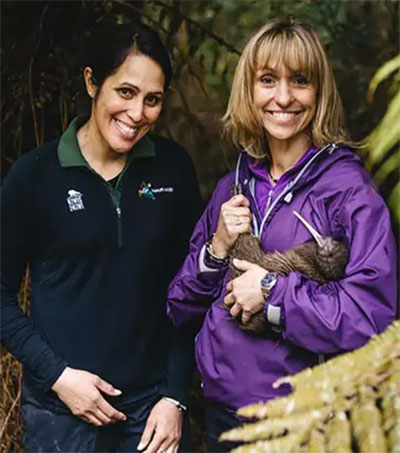 Kiwis for kiwi is a national charity working with community and Māori-led conservation projects to put a stop to the horrific decline of our national icon.

With the support of Old Mout Cider, they have developed predator-free islands on which kiwi can flourish in safety. After all, before man discovered New Zealand in the 13th century – bringing non-indigenous mammals with them – it had been a country inhabited almost solely by birds.

The kiwi had never encountered mammal predators, so with no experience of how to defend itself against them, is it any wonder it stood little chance?

Kiwis for kiwi aims to nurture environments that, as closely as possible, mirror the pre-human habitat the kiwi once knew. And by supporting the campaign, featured in Britain’s The Independent – and in collaboration with Old Mout Cider – you can help them achieve this.

Old Mout Cider has pledged to donate 20p on behalf of every person who signs up to the cause online. Just visit the website and sign up – it couldn’t be easier.

We still have the chance to save these precious, ancient and iconic birds – and we can, if we act now.

Old Mout Cider was established in the Moutere Valley. It is produced in the UK.