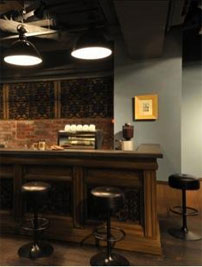 New Zealander Jonathan Perry has recently opened a coffee shop, called Tamper Coffee, in Sheffield. At 16, Perry moved to South Yorkshire with dreams of a football career but after five years of being in the reserves, Perry moved back to New Zealand. Now he’s back and hoping to make the grade with the New Zealand take on coffee. He switched his passion from football to coffee while working for his country’s major importers and roasters and is determined to turn Sheffielders on to a proper cup. “In New Zealand, coffee culture is huge. The cafe is like the British pub and people expect high quality,” Jonathan says. “Often here, coffee is just something to end the meal with.” The house blend is a Costa Rican El Salvador and the house speciality is the flat white, a double espresso, creamy-topped £2 cuppa invented by New Zealanders.