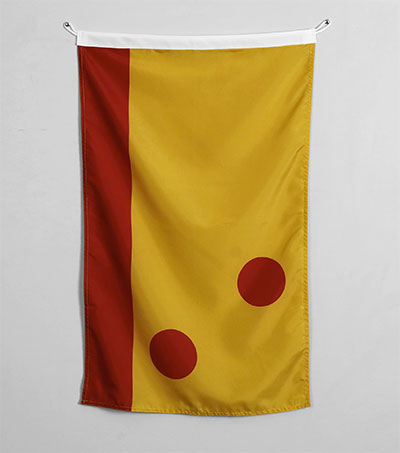 New Zealand-born Scott Kelly, an advertising art director based in London, has spent “way, way too long” designing flags for 103 planets in the Star Wars universe.

Kelly has created flags for planets featured not only in the franchise’s films but also the comic books, the animated series and video games.

Kelly said his Flags of the Galaxy project combined his two childhood obsessions.

One of Kelly’s favourites was the flag for the desert world Tatooine, home of Anakin Skywalker and his son Luke, with its yellow-and-red design representing both the Hutt clan’s rule over the planet and the two suns it orbits.

Kelly also submitted five designs for consideration as the potential next flag of New Zealand, though none were shortlisted.

His other creations include celebrity piñatas of Miley Cyrus, Kanye West and Justin Bieber.