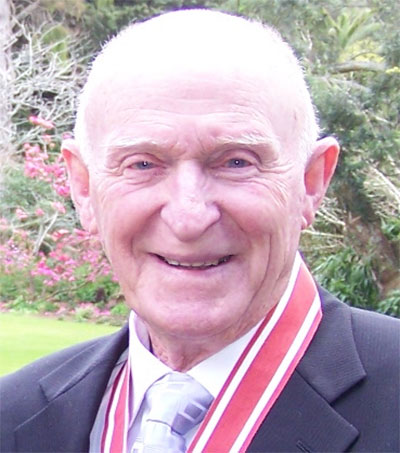 Halberg achieved greatness on the track despite sustaining a rugby injury when he was 17 which left him with a withered left arm and a doctor’s verdict that he would never run again, Henderson writes.

His career was guided by Arthur Lydiard and he trained alongside Peter Snell, the three-time Olympic middle-distance champion who died in 2019.

Born in 1933, in Eketāhuna, Halberg moved to Auckland and, following his rugby injury, began running the following year and soon afterwards met Lydiard.

In 1958 he won gold in the three miles at the British Empire and Commonwealth Games in Cardiff and in the same year became the first sub-four-minute miler from New Zealand.

His daring tactics in Rome thrilled the crowd.