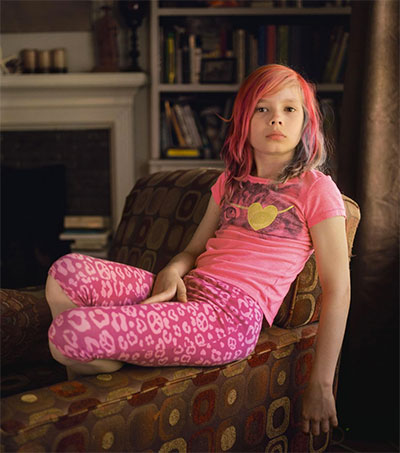 Documentary photographer New Zealand-born Robin Hammond’s image of Avery Jackson, a transgender child from Kansas City in the United States, has been selected as one of the National Geographic’s 57 best images of 2017.

The photograph, which featured on the cover of the January 2017 issue of the publication, was curated from 88 photographers, 112 stories, and nearly 2 million photographs.

This photo was originally published in, “In Their Words: How Children Are Affected by Gender Issues.”

Hammond was born in 1975. He is currently based in the United Kingdom.