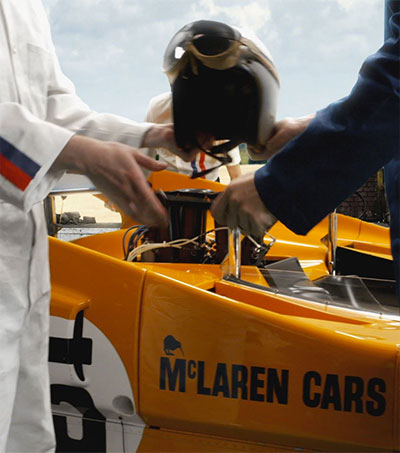 Team McLaren, founded in 1963 by owner-driver New Zealander Bruce McLaren and the second-most successful team in series history, returns this weekend to its home Grand Prix, celebrating 50 years in Formula One – a longevity second only to Ferrari’s.

And while Ferrari continues to lead in the statistics as the most successful team – with 224 victories to 182 for McLaren, 16 constructors’ titles to 8, and 15 drivers’ titles to 12 – no other team comes close to McLaren in several areas, including a vast, diversified business that grew from the Formula One team.

“I grew up watching McLaren racing in Formula One,” said the Spaniard Fernando Alonso, a two-time world champion who drives for the team today. “Those memories are part of who I am; they mark a point in my life that I’ll always remember fondly.”

“It’s hard to believe that the whole team in Monaco back in 1966 comprised only six people – including Bruce and his wife,” he added. “But it’s proof of how much you can grow and develop something with sheer passion and determination.”

Today, the McLaren team has become the biggest company in Formula One behind Ferrari. It is now known as the McLaren Technology Group, helmed by chairman and CEO Ron Dennis, and comprises the team, a technology company, a marketing company, a catering company and a manufacturer of luxury sports cars.

The group has more than 3000 employees. The team has grown from those six in the early days to nearly 1000 today. In 2004, McLaren moved into a vast advanced industrial complex in Woking, England, designed by Norman Foster, one of the world’s leading architects.

“Despite its roots in New Zealand, McLaren feels like the quintessential British Grand Prix team,” said the Briton Jenson Button, the team’s other current driver and also a world champion. “It’s been based in the UK for its entire lifetime – half a century – and has a set of values and sense of sporting fair-play unlike any other team in Formula One.”