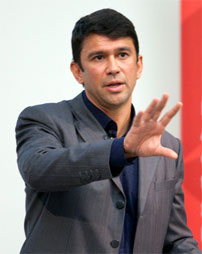 Executive director of the Lowy Institute in Sydney Dr Michael Wesley was in Auckland in early April addressing the Australia/New Zealand Leadership Forum. The latest in a string of bilateral gatherings which aim to bring the nations even closer together, Wesley says though the talks are a good thing, it wouldn’t be good for either nation if New Zealand lost its competitive edge. “I’ve been impressed at just how many diplomatic advantages New Zealand has that Australia doesn’t have,” he says. Especially regarding India, “Currently both countries are going for a free trade agreement with India and I think New Zealand has a vastly better chance of getting a free trade deal with India. New Zealand doesn’t have uranium. It hasn’t been beating up Indian students. It is not seen as a US lackey and so, and I think it would be a great thing for both countries if New Zealand was able to do a free trade deal with India.”