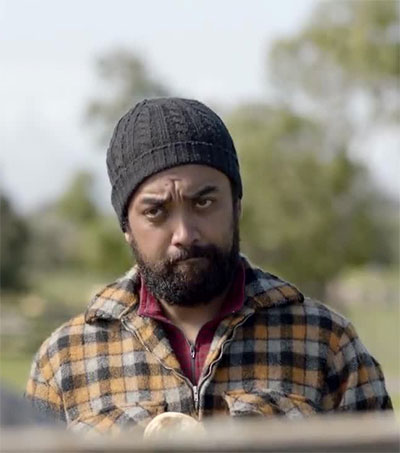 An advert released by LGBTIQ rights charity Rainbow Youth is calling out New Zealanders over the negative use of the word “gay” through the medium of a dropped pie.

The video was created to draw attention to casual homophobia, where people use the word in the wrong context, the New Zealand Herald reports.

The video, viewed over 355,000 times already on the group’s Facebook page in its first two days, shows a farmer being chastised by his colleague for saying “gay” after he drops his pie on the ground.

“Actually Nigel, that’s not gay at all. It’s deeply disappointing, but it’s not gay,” the pie-dropper is told.

Frances Arns of Rainbow Youth said the group was overwhelmed by the positive response to the advertisement, and hoped it would make New Zealanders think twice about habitually using the word “gay” as a pejorative term.

Rather than an expression of disappointment, “gay is an important word within the rainbow community that people use to express their identity and sexuality. It’s a positive and empowering term,” Arns said.

Rainbow Youth was established in 1989 and is “dedicated to helping young queer and gender diverse people up to the ages of 27, as well as their wider communities.”