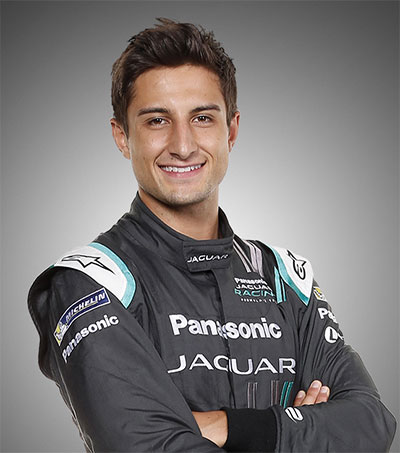 Formula E is similar to Formula 1 racing, but the cars are electric. In just its third season of existence, Formula E was the first racing championship to hold an event in New York.

For Evans and the team he races for, which is owned by Jaguar, racing in New York provides another notch in the exciting belt that is both parties’ debut season in Formula E.

“We’re so excited for it. As a driver, to be a part of it is very surreal,” Evans said ahead of the weekend’s races held on 15-16 July. “Obviously, New York City is a massive sporting city with baseball and basketball. But to bring motorsport now into the equation is very special.”

Evans has been driving some form of a motorised vehicle since he was four years old. From learning on go-karts to racing them at six, Evans graduated to actual cars at just 13 years old.

By the time he was 16, he was racing professionally in New Zealand and Europe, the world’s premier locations for auto racing.

He moved through the ranks of the Toyota Racing Series – where he became the youngest driver to win the New Zealand Grand Prix at just 16 in 2011 – Formula 3, GP3 and GP2, which are divisions beneath the famed Formula 1. Like many young racers growing up, F1 was Evans’ goal originally.

But then he discovered Formula E.

Evans was born in Auckland.