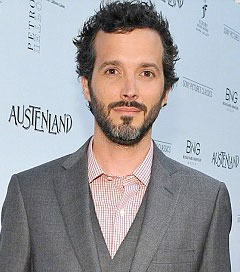 Flight of the Conchords star, Academy and Grammy Award-winner Bret McKenzie, 37, wants to bring back to life the eighties classic storytelling technique of real people and puppets singing and dancing side by side in a ‘fairytale comedy musical’ based on the cult film Labyrinth.

Wellington-born McKenzie – who is working with the Conchords director James Bobbin on the project told Collider: “I’m in the middle of a script for a kind of – it hasn’t got a name yet but it’s a fairy tale comedy musical, sort of akin to Labyrinth or something like that.”

“[It’s] live-action, so it would be a mixture of The Muppets and The Princess Bride.”

Clearly realising the excitement his script would create, the comedian, composer and actor warned fans that his project is still some way away.

“No title yet but it’s definitely my favourite thing I’m working on at the moment,” McKenzie said. “It’s early, though, it’s early. It’s still developing.”

McKenzie lives between New Zealand and the United States.