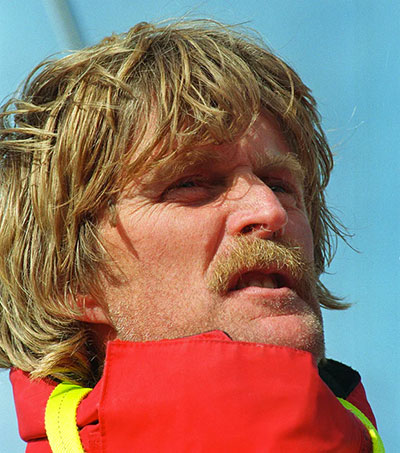 Brazilian police on a remote Amazon River island have arrested a man involved in the murder of round-the-world sailor New Zealander Sir Peter Blake in 2001.

José Irandir Cardoso had been a fugitive for the last 16 years, after escaping from prison in 2002. He was captured by police during a routine stop-and-search in the town of Breves, on the island of Marajó at the mouth of the Amazon River, in the Amazon state of Pará.

Blake, who at the time was known as the world’s greatest sailor, was shot and killed by pirates in a night time robbery on his boat moored in Macapá, the capital of the neighbouring state of Amapá.

He had won the world’s main bluewater races, including the Americas cup, and was touring ecologically important areas to raise awareness of the environment.

Blake – who had been appointed a goodwill ambassador of the United Nation’s environment programme – was with 14 crew, including his daughter Sarah Jane, when an armed gang of pirates boarded his Seamaster yacht wearing motorcycle helmets. Blake pulled a gun and fired a shot but was killed in the ensuing shootout.

Irandir Cardoso was one of the gang of six sentenced for the killing in 2002 but had been on the run since then. It was not clear how he had managed to escape from prison.

Blake, who was born in Auckland, was 53 at the time of his death.