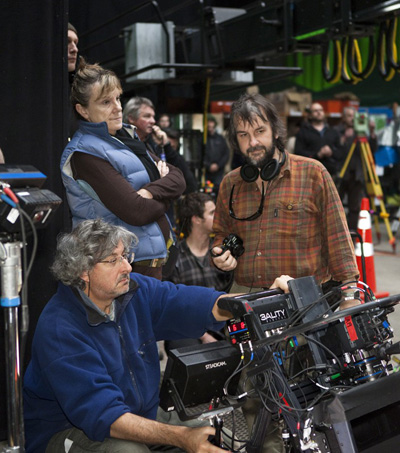 Peter Jackson has taken to Facebook to celebrate the life of Andrew Lesnie – his friend, ‘brother’ and frequent collaborator, who suffered a fatal heart attack this week.

“I grew up wondering what it would be like to have a brother. It wasn’t until today (…) that I came to realise how much he had become that person for me”, Jackson posted on his Facebook page.

Cinematographer Andrew Lesnie, who won an Oscar for shooting the original Lord of the Rings, The Fellowship of the Rings in 2002 managed to “bring both grandeur and intimacy to Jackson’s vision”.

The Australian started his career “as a camera assistant on the horror film “Patrick” in 1978”, worked on The Comeback – a bodybuilding documentary about Arnold Schwarzenegger in 1980 and later shot music videos.

Following his studies at the Australian Film Television and Radio School, Lesnie started to work closely with director George Miller on a documentary about Miller’s Mad Max: Road Warrior.

He was a master “of story, of light and of cinema magic (…and) one of the great cinematographers of our time” said Peter Jackson, who hired Lesnie after having seen his work on the “family-friendly Babe movies”.

“Andrew created unforgettable, beautiful images on screen, (…) he was his own artist, separate from me, but always working generously to make what we were trying to create together better”.

Jackson and Lesnie also collaborated on King Kong, The Lovely Bones and The Hobbit trilogy.

Lesnie’s last film was The Water Diviner, directed by Russell Crowe, who also took time out to remember his friend and collaborator.

“Devastating news from home. The master of the light, genius Andrew Lesnie has passed on”.

“We lost one of the greats in film today, Andrew Lesnie. Thoughts and prayers to his family” – Hugh Jackman

“I had the privilege of knowing the late #AndrewLesnie Artist. Gentleman. Always with a curious eye and a smile. RIP” – Lee Pace

“To a truly brilliant, sweet and generous human being. I will not forget your kind words to me so often. Andrew Lesnie. You were a one off. X” – Luke Evans

“Andrew Lesnie, you were taken too soon. My heart goes out to your family and our shared extended family. Thank you for your humor and love” – Elijah Wood

Andrew Lesnie leaves behind his partner Marce and his two children Sam and Jack.