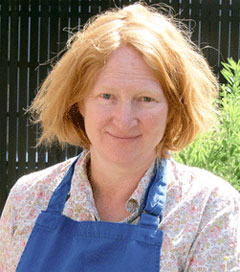 East London restaurant St John, where New Zealand chef Margot Henderson (pictured) once worked with husband, owner Fergus, is British sculptor Rachel Whiteread’s favourite eatery. “St John has been a part of my life ever since I became an artist. Owners Fergus and Margot are completely part of the art world and I’ve spent many, many hours here. This restaurant has probably accidentally changed people’s palates by becoming part of life and the lives of my contemporaries.” Henderson owns Rochelle Canteen in Shoreditch, London and she also runs catering company, Arnold & Henderson. Her first cookbook You’re All Invited was released last year.