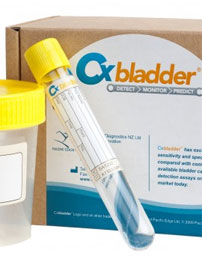 Dunedin-based biomedical company Pacific Edge, which has developed an easy and accurate method for detecting bladder cancer, plans to open a facility in Hershey, Pennsylvania. Pacific Edge Diagnostics should open by the end of the year at the Hershey Center for Applied Research (HCAR) in Derry Township according to company chief executive David Darling. Darling described the company’s product, Cxbladder, as a simple, non-invasive urine test that was 100 per cent accurate in detecting the types of tumours of most concern to urologists, according to a clinical trial. Darling said Pennsylvania offered some nice financial incentives. “They provided a first class package,” he said.