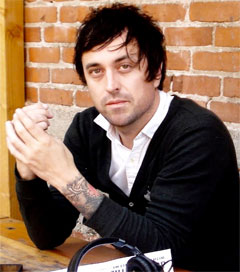 On the Path to Self-sufficiency

Lead singer of Echo Park-based band NO Bradley Hanan Carter was just one of 2500 bands performing in Austin at this year’s SXSW festival hoping to snare the attention of approximately 10,000 registrants who each day had more than 100 stages of music to choose from. NO, a band of taut, adult-focused rock marked by Carter’s on-the-brink-of-it-all baritone, came to Austin without a record deal, and they’re going back to Los Angeles without a record deal. Defeated? Hardly. Working with Quest Management, which also represents orchestral indie rockers the Arcade Fire, NO sees the record industry in 2013 as one that offers a path to self-sufficiency. “For us,” Carter said, “the reason we can afford to come here is because we own everything. When we get some music on TV, we get all that money.” Carter is originally from Whangarei.