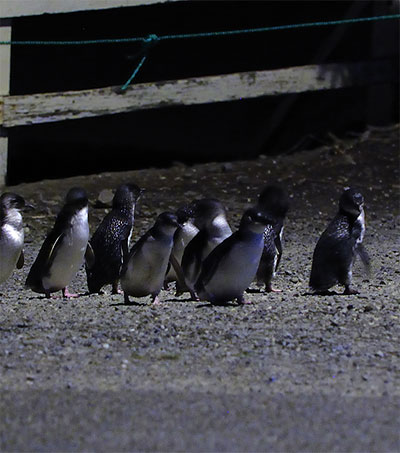 Oamaru’s Underpass for March of the Penguins

A group of Little Blue Penguins have had their own underpass built between their nests and the sea at Oamaru Harbour to protect them from traffic and give them privacy from tourists keen to take pictures.

The Little Blue Penguins are members of the world’s smallest penguin species, typically about 30cm tall and weighing around 1kg.

“The project was supported by the local Waitaki district council, as well as a number of private businesses who offered labour, materials, and advice,” general manager of Tourism Waitaki Limited Jason Gaskill said.

The penguins were “very habitual’” and not easily dissuaded from using established nesting sites despite the high level of disturbance at the crossing.

Dr Agnew was confident the birds would use the crossing, as the neighbouring colony’s birds had learnt to walk through a hole in a fence where a micro-chip reader was installed to read the ‘”grain of rice”-sized implants some of the birds wore in the back of their necks.