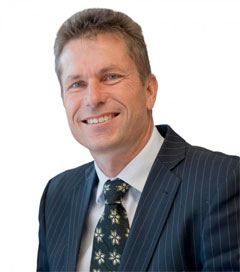 At the Open Government Partnership (OGP) summit in London in November 2013, New Zealand became the 61st member of a rapidly expanding global movement. The OGP is all about making governments more transparent, accountable and responsive to citizens.

“[New Zealand and Britain] already partners in the digital revolution that is helping to make open government an everyday reality for citizens,” Tremain and Maude explain.

“Both our countries have taken significant steps towards a new digital world. In 2013, the New Zealand government launched a new [Information and Communication Technology] ICT strategy and action plan focused on using technology to deliver better services. After the election in May 2010, the UK established the Government Digital Service (GDS) to drive a new ‘digital-by-default’ agenda through Whitehall. Whether in Britain or New Zealand, the cornerstone of digital transformation is a user-friendly domain for government information.

“Our new approach is to put the user and his or her needs front and centre. After testing and feedback from the beta site, New Zealand expects [its] new Govt.nz site to go live in 2014, and by 2017 wants all new government services to be digital-by-default.

“Working together we can reshape our public services, using our experience and resources to accelerate digital government across the world.”