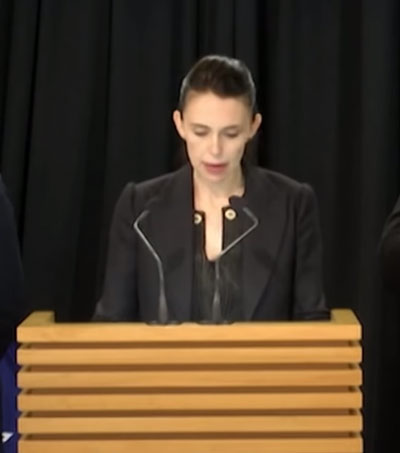 New Zealand’s Prime Minister Jacinda Ardern has offered apologies to the family of 22-year-old Grace Millane, after “the young woman’s sudden disappearance morphed into a murder investigation that has gripped this island nation of nearly 5 million people.” Cleve R. Wootson Jr reports for The Washington Post.

“Your daughter was supposed to be safe here and she wasn’t and I apologize for that,” Prime Minister Jacinda Ardern said, holding back tears.

“From the Kiwis I have spoken to, there is this overwhelming sense of hurt and shame that this has happened in our country, a place that prides itself on our hospitality, on our manakitanga, especially to those who are visiting our shores.”

The Guardian reports in the article “#HerLightOurLove: New Zealanders pay tribute to Grace Millane” that “New Zealanders from the North and South Islands have offered tributes, from a woman who photographed her green paddock in Paeroa and said she wished Millane had seen “the real New Zealand”, to a snap of the harbour at sunset in Whangarei, and a yacht with the moon dipping in the Pacific Ocean.

“Many Kiwis offered Māori words of condolence, including offering aroha(love) to the grieving family, kia kaha (stay strong) and aroha nui (big love) and said they were sorry that “we couldn’t protect you”.

“Vigils are planned for Wednesday in Auckland and Wellington.”

“The death has shocked New Zealand, which is usually regarded as a safe place to travel and averages fewer than 50 homicides a year in a population of 4.8 million. Tourism New Zealand, which described the death as “unimaginable”, said travellers would be left concerned about what is usually considered a safe destination.”