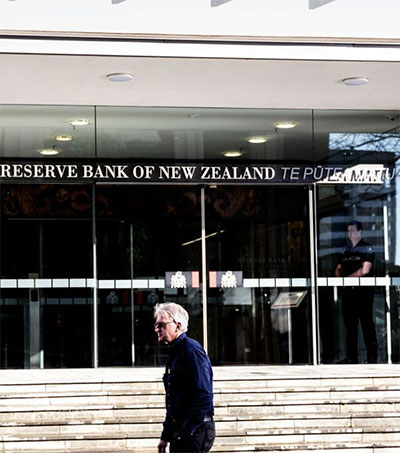 NZ Falls out of Love with 2 Per Cent Targets

“Japan and Sweden and even the Fed could take a lesson from the Reserve Bank of New Zealand,” according to Daniel Moss in an opinion piece for Bloomberg. Former chair of the Federal Reserve, Paul Volcker, “rightly bemoans the prevalence of narrow inflation targets”, Moss writes. “Fear not, New Zealand is on the case. Sort of.

“Volcker chafes that the 2 per cent target adopted by many central banks hampers sound policy making. Giving too much credence to small deviations in consumer price indexes is a trap, Volcker wrote in a Bloomberg opinion column last month.

“The former chairman is on strong ground as a matter of principle; 2 per cent targets – or variations thereof – have become a sacrament and a problem. He is also correct to point to New Zealand as a kind of original sinner. The good news for Volcker and the world is that New Zealand has fallen out of love with the target. There’s a lesson there for places as diverse as Sweden, Japan and, to an extent, the US.

“Timely reforms are underway that mean the Reserve Bank of New Zealand must focus on jobs as well as inflation. They also require interest rates to be set by a committee. This all seems like a no-brainer given the most powerful, the Fed, does the former and plenty practice the latter.

“Yet tussles have broken out as New Zealand implements these overdue changes. The process has been less than transparent: There’s reluctance to publish votes and a spat over what the Treasury’s observer of the committee can and can’t say or do while on the premises (perhaps a blindfold and earplugs?).

“Every era has its fashion. Decades ago, before high inflation was licked, a hard numerical target had its uses. New Zealand has cooled on the very thing it once trumpeted. Let’s hope the reforms are real and the message resonates.”