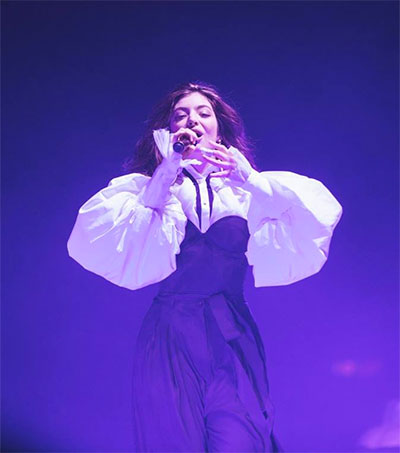 “2017 has been a bad year for silly things like international relations and basic human decency,” according to NME. “It’s been a good year, though, for really important things like albums.” Lorde’s Melodrama is the magazine’s top rated of the year.

“The New Zealand star sums up the raison d’être of her stunning second album with the understated chorus of fourth track The Louvre: ‘Broadcast the boom-boom-boom-boom and make ’em all dance to it’,” NME writes.

“This is a regret-drenched break-up album that waves a magic wand at pain and transforms it into pure pop magic. From house-influenced lead single Green Light to the deliciously overwrought Supercut, Melodrama gives you pause to reflect on the past even as it takes your hand and leads you to the dancefloor.”

Lorde, 21, is currently on her Melodrama World Tour, having just played to sold-out audiences in New Zealand and Australia.

She takes the tour to the United States early next year, beginning in Milwaukee on 1 March.