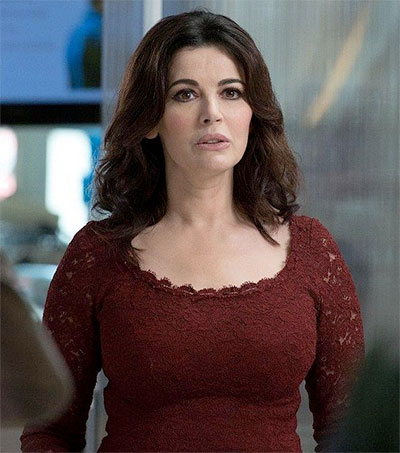 Celebrity chef Nigella Lawson, 54, was in Wellington filming an advertisement for Porirua-based chocolate manufacturers Whittaker’s. Lawson has been the face of the company since 2012.

The cookbook queen looked like she was melting the hearts of commuters and fans alike as they vied to see inside the large tent that was erected on the grass in front of the Wellington Railway Station, as reported by the Dominion Post.

“She’s just lovely. I didn’t actually see her eat anything but I’m sure she must be cooking or making something,” Saunderson said.

Whittaker’s was established in 1896. It is still a family-owned business.