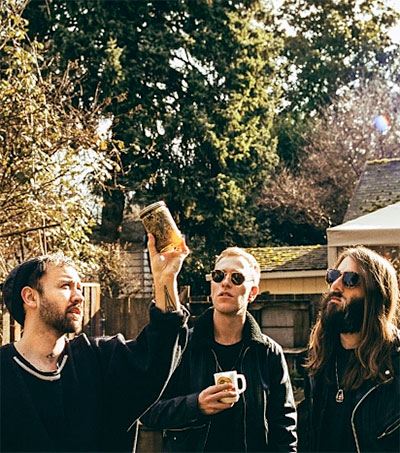 “Visionary” New Zealander Ruban Nielson, frontman of Unknown Mortal Orchestra, has tightened up his songwriting, “with the added bonus of synths” on the band’s latest album Multi-Love.

“Nielson’s favourite new toy is apparent from the moment the title track opens proceedings with some baroque-esque arpeggios and his cracked idiosyncratic voice,” Rolling Stone reviewer Darren Levin writes. “The song might be the best thing in UMO’s catalogue so far, with vivid lyrics (‘Multi-love/Checked into my heart and trashed it like a hotel room’) and a chorus just begging for a high-profile EDM remix.

“Whereas [the 2013 album] II was a weary, introspective affair mostly written on the road, this time Nielson says he wanted to convey ‘a hard-edged, cynical, and sharp kind of love’. He nails that vibe on ‘Like Acid Rain’, with its opening volley of ‘la, la, las’ and demented Jackson 5 energy, and there’s no denying the smooth soul strut of ‘The World Is Crowded’. It comes as no surprise that Nielson’s brother and former Mint Chicks co-conspirator Kody played keyboards and drums on the record. A family reunion provides the perfect subtext for an album about the complexities of love.”

Unknown Mortal Orchestra is on tour through October 2015 with dates in Europe and North America. They play at This Is Not A Love Song in Nimes, France on 31 May.

The band is based in Portland, Oregon.