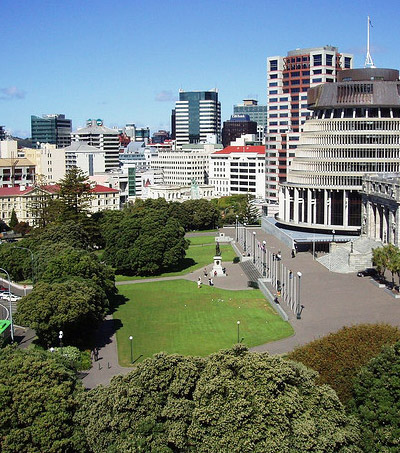 “As it looks to the future, New Zealand is wrestling with its colonial past. Should it be defined in the 21st century by its historic links with the Western world, or by its location in the Pacific Ocean,” writes Chris Havergal for Times Higher Education.  The question underlying that debate, which “came to the fore during the (UK) referendums held this year and last on whether to change the country’s flag”, is now being much discussed in New Zealand’s eight universities.

Grant Guilford, vice-chancellor of Victoria University of Wellington thinks that New Zealand “should no longer be a “creature of Europe” and instead should become a “creature of the Asia-Pacific”.

“We are very much of the view that we are a university of the Asia-Pacific; that is our region of interest,” he said.

“That’s where 70 per cent of our trade comes from, it’s where almost all our students come from. We are very focused on relationships between us and good universities in that region. That is the way we see the world now.”

He acknowledges that the transition would not be easy, as many academics still had “strong relationships back to the universities that they were exposed to in their own education” – often in the UK or US, as reported in the article.

“Shifting a sector’s focus in this way always brings risks. In particular, and in common with many other international higher education destinations, there is a danger that New Zealand will become too reliant on China for overseas students and the income that they bring; and that, as China’s own universities develop, or as its economy falters, that source could dry up,” as reported in the article.

“We have the advantage that these economic ties are now very deep and so international students coming to New Zealand from Southeast Asia and China do participate in and enjoy their own cultures in our country,” Guilford said.

“And when you think about the way students make their decisions, they look for a university of quality, and our universities come up on that list quite quickly, but they also look for a country that is safe and provides them with a great student experience, so the value proposition is quite strong.”