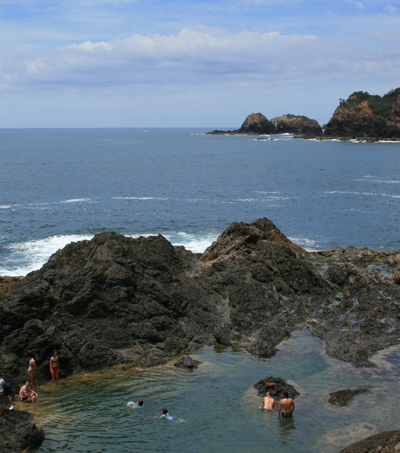 “Picturesque Mermaid Pools in Matapouri in New Zealand have been closed indefinitely after human waste and litter were repeatedly found at the sacred Māori site, Joanna Whitehead reports for The Independent.

“The failure to respect the delicate ecosystem of the pools, which are also recognised as taonga – a highly prized sacred object or space – by indigenous people, has resulted in the group Te Whanau ā Rangiwhakaahu Hapū confirming that a rāhui – a temporary ritual prohibition – would be placed over the pools.”

“It’s a step we had to take,” Kris MacDonald, the chairman of the Matapōuri marae, told Stuff.

“There is no point in having a beautiful taonga like this if it’s going to be killed by too many people.

“The popularity of the pools has intensified through social media and Lonely Planet coverage, leading to up to 1,000 visitors accessing the site every weekend.”

One local resident said, “The place is no longer safe for swimming. People are defecating and leaving their sanitary pads lying about. Also, all kinds of other rubbish and waste.”