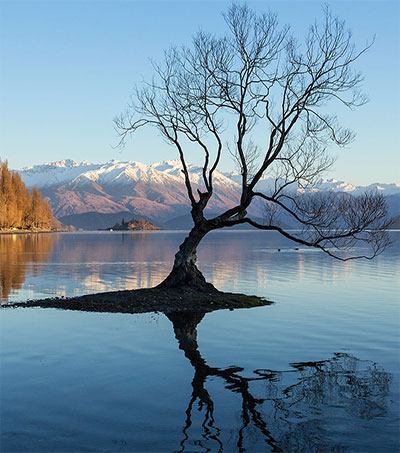 “If you’re interested in the end of the world, you would have been interested, soon after Donald Trump’s election as US president, to read a New York Times headline stating that Peter Thiel, the billionaire venture capitalist who co-founded PayPal and was an early investor in Facebook, considered New Zealand to be ‘the Future’,” O’Connell writes. “Because if you are in any serious way concerned about the future, you’re also concerned about Thiel, a canary in capitalism’s coal mine who also happens to have profited lavishly from his stake in the mining concern itself.”

O’Connell looks at the role New Zealand is playing in the world’s “unfurling cultural fever dream: an island haven amid a rising tide of apocalyptic unease”.

“According to the country’s Department of Internal Affairs, in the two days following the 2016 election the number of Americans who visited its website to enquire about the process of gaining New Zealand citizenship increased by a factor of 14 compared to the same days in the previous month. In particular, New Zealand has come to be seen as a bolthole of choice for Silicon Valley’s tech elite.

“Early last summer, just as my interests in the topics of civilisational collapse and Peter Thiel were beginning to converge into a single obsession, I received out of the blue an email from a New Zealand art critic named Anthony Byrt. If I wanted to understand the extreme ideology that underpinned Thiel’s attraction to New Zealand, he insisted, I needed to understand an obscure libertarian manifesto called The Sovereign Individual: How to Survive and Thrive During the Collapse of the Welfare State. It was published in 1997, and in recent years something of a minor cult has grown up around it in the tech world, largely as a result of Thiel’s citing it as the book he is most influenced by.

“I was intrigued by Byrt’s description of the book as a kind of master key to the relationship between New Zealand and the techno-libertarians of Silicon Valley.

“[Co-authors James Dale] Davidson and [the late William] Rees-Mogg identified New Zealand as an ideal location for this new class of sovereign individuals, as a ‘domicile of choice for wealth creation in the Information Age’.

“The Kiwis I spoke with were uncomfortably aware of what Thiel’s interest in their country represented, of how it seemed to figure more generally in the frontier fantasies of American libertarians. Max Harris – the author of The New Zealand Project, the book that informed the game-sculptures on the upper level of [artist Simon Denny’s] The Founder’s Paradox – pointed out that, for much of its history, the country tended to be viewed as a kind of political Petri dish (it was, for instance, the first nation to recognise women’s right to vote), and that this ‘perhaps makes Silicon Valley types think it’s a kind of blank canvas to splash ideas on’.”

Tags: Anthony Byrt  Guardian (The)  Max Harris  Peter Thiel  Silicon Valley  Simon Denny  The Founder's Paradox  The New Zealand Project  The Sovereign Individual: How to Survive and Thrive During the Collapse of the Welfare State